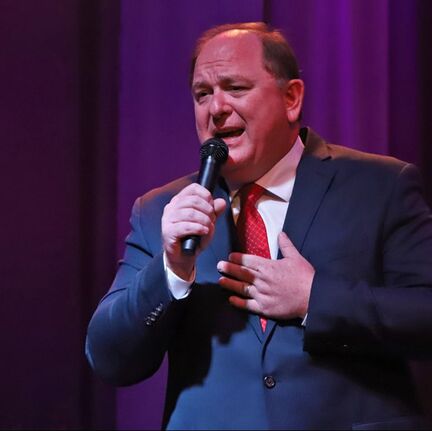 ​Tenor, Scott Flener, lives in Morgantown, KY where he and his wife, Kara, are raising three children: Katherine, Delaina, and Will. Scott was born and raised in Morgantown and attends Aberdeen Baptist Church, where he is a deacon and song leader. Raised on Southern Gospel Music, he quickly grew to love every part of the tight harmony of a male quartet, but was especially drawn to the tenor.

He grew up listening to his father and uncles sing in The Travelers, and at the age of 18 began singing with the group. This continued until 1993 when he, his brother Boyce Flener, and Jason Brooks established The Crossmen. For 23 years the group traveled to more than 30 states singing the music they loved. After the passing of Boyce, The Crossmen decided to retire the group in August of 2016.

​Since then, Scott has led music at his church, and the formation of United has re-energized him to continue to sing with longtime friends while he shares the music he loves with all who will listen. 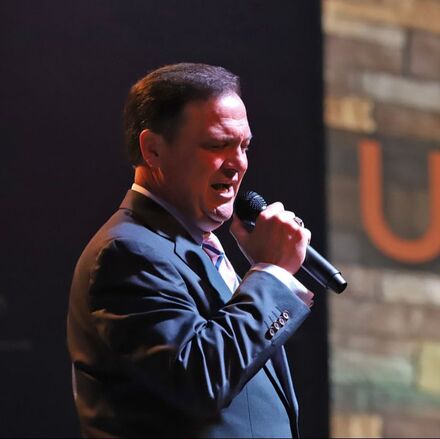 Darren Lawrence can’t remember when he didn’t have a love for gospel quartet music.  Some of his earliest memories are of singing in the choir with his dad and family at Brooklyn Baptist Church in Butler County and singing hymns with his mom at home.  He started singing his first big numbers around the age of three in church.   Darren played the baritone in his high school band and was chosen to participate in the Honors Band at Western Kentucky University.  He also performed in high school musical productions as an actor/singer.

Darren is a graduate of Western Kentucky University; and while in college, he participated in the Bowling Green/WKU Community Chorus.  After college, Darren played bass guitar for the Travelers Quartet for two years and occasionally filled in singing lead or baritone.  Later, he briefly sang with the Veterans Quartet.  From 2001 until the group’s retirement in 2016, Darren sang baritone for the Crossmen Quartet.  However big or small the stage, he counts the years he spent with the Crossmen as being some of the most memorable times of his life.

Before college, Darren fell in love with and married the love of his life, Stephanie, who is the daughter of the Travelers Quartet member, the late Steve Flener.  Stephanie is also a first cousin to Scott and the late Boyce Flener.  Darren and Stephanie live in Bowling Green, Kentucky. They have two wonderful daughters, Elizabeth and Audrey. 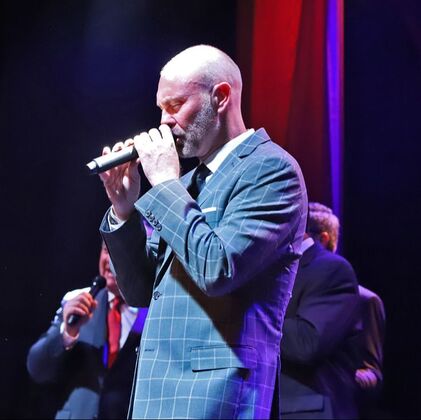 ​Bass singer Jason Brooks, is originally from Morgantown, KY, and grew up in a musical family on both sides of his family tree. There was hardly ever a family get-together where some type of music wasn't being shared. Raised in church, Jason’s love for gospel music grew at the age of sixteen when he became a founding member of the quartet, Young Harmony Sound. After graduating from Butler County High School, Jason continued his love for music by attending Western Kentucky University on a music scholarship.

While at WKU, he sang with many on-campus ensembles. During his Sophomore year at WKU, he was asked to sing bass for the Crossmen Quartet, where he was a founding member. Singing with the Crossmen was, and still is today, one of his favorite memories. Having sang on stages all across America, including the Grand Ol’ Opry, Jason says the best part was sharing the love of Christ while traveling and making music with his lifelong friends.

Jason sang professionally with several traveling quartets after leaving the Crossmen in 1999. He left full time singing in 2002 and became a Minister of Music at Immanuel Baptist Church in Glasgow, KY. He served as a deacon and Minister of Music at IBC until the spring of 2010, and soon after joined a new work in the Glasgow area and became the campus pastor at Crossland Community Church where he serves today.

Jason is an avid outdoorsman, and if he’s not ministering at church or singing on stage, you might find him in a deer stand or kayaking down a stream with his wife--his high school sweetheart, Lynnette Norris Brooks. They recently celebrated 25 years of marriage and have three wonderful kids, Lydia, Jenna, and Eli. 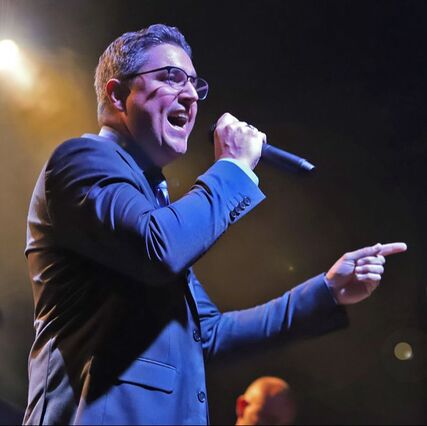 Darren Doyle also grew up surrounded by music. Both sides of his family tree are rooted strongly in music and he began developing his gift as a baby. His parents raised both he and his two younger brothers in church and taught them all the importance of sharing Christian music with others. He is currently the song leader at his home church, in Chalybeate Springs, KY.

He began learning the piano at age 6 and from there, learned guitar, bass, drums, and a host of other instruments. He was singing harmony as a small child, which helped him develop into a multiple-part singer and composer. He first began singing with his family group, The Skaggs Family at age 12 and became a member of the now retired Crossmen at age 18. Shortly after joining the group, he made his first of many appearances on the world famous Grand Ol' Opry. From there he joined Perfect Heart in the late 90s and remained there until the group retired. Soon after, he retired from traveling full time as a musician and built his own recording studio in his hometown of Chalybeate Springs, KY (pronounced Klee-be-yut) where he continues to develop his craft.

He married his high school sweetheart, Debbie more than 20 years ago and they have two wonderful daughters, Madison and Alyssa.
COPYRIGHT 2020 UNITED.
powered by Studio DD Media